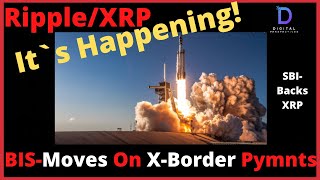 Welcome back to the show everybody, we have a lot of news this morning as expected with any change of administration, and you're, not going to want to miss one single piece of it. Let's, roll that intro! This is digital perspectives, with brad kymes subscribe for new content notifications.

Now here's, brad kinds come on in [, Music ]. Welcome back to the show you can follow me on twitter, at the top of the screen at backup, bradley and everything that we're talking about here today. I want to thank everybody that sent the information in overnight.

I got tons of messages because there is a lot happening. Let's, just go ahead and do it because today is about news and there's, a lot of it. So right now is the not so good news which is. The market is currently falling like a manhole cover from the sky bitcoin down to 31.

2698, 26 cents at xrp. We are off 7.59 percent on the seven day and 5.53 on the 24 hour. Most of those losses are happening within the last 24 hours. Let's, get with the news because it's. A lot right here we are looking at the bank of international uh settlements, says they're calling for comments, and a conference for cross-border payments submit your paper for discussion by january 27th.

Things are rolling forward, ladies and gentlemen, and you're, going to get more evidence of it as we move through this. It's incredible and by the way, keep a lookout, because the band is back together.

Kryptopoulos and i will be getting together later today and releasing the videos over the weekend keep a lookout for them. It's, going to be straight fire. Looking right here over the last few weeks, we may have many have expressed optimism that the new administration would not give cryptocurrencies a hard time.

It now seems that this confidence was not misplaced. You're gonna get more evidence of that and, as we said yesterday, you simply need to understand where the money comes from, that backs the different parties on the right.

Generally speaking, you have big oil, big corporations on the left, trial, lawyers, right unions and fintech silicon valley, and that's where the big money comes from behind those parties and when they get their turn in the seat, they start to open the doors For the money that & # 39, s poured in for all those years, and here we see yellen, janet yellen us government should consider benefits of cryptocurrencies and digital assets.

It's, nice to hear janet speak this way, because we & # 39. Ve heard her speak the opposite way in years past, so it'll, be interesting to see what she turns out as the u.s treasurer new york-based investment management.

Firm van eck intends to launch a digital asset etf. Now we want to follow this closely because this isn't. The first time vanek has filed for a dtf. Excuse me for bitcoin or digital assets, so we have to keep a close eye on this because they have been shut down before.

However, i do want to remind people van neck as a company it specializes in launching products like etfs. So if anybody's going to get the job done, i would think they could get it done now. Looking here we see that grayscale has filed a report with the sec.

He listed this number and tell me what's going on at crypto uh. They filed a report with the sec stating that in a week since the previous report was filed, the company has acquired a whopping 1.27 billion dollars worth of bitcoin.

Well, most of that's, institutional buying uh inside of grayscale's. Investment fund - and i would remind you right now that you know the institutions and the large players and creators and venture capitalists in this space it that's, who i pay attention to it's, not financial advice, but i'm: just sharing my perspectives.

I stack my pennies next to their dollars. They are accumulating sec, commissioner alice herron. I believe it is and if i & # 39, ve messed it up. Please forgive me allison herron lee has been named as the new acting chair of the sec biden's.

Recent nomination of former cftc gary gensler is subject to a future senate confirmation to make him the sec chairman. There you have it. This is actually uh alison, herron lee right here. She has an incredible resume.

I'm, not going to read it to you, but you're more than welcome to go to my twitter and check out all the information there. So here we see brad garlinghouse is going to be one of the many members to attend the world economic forum again this year he was at the event last year and he had moon boots on.

Do remember that, but last year we also got the world economic forum document that showed us that it was the policy maker tool kit for building cbdc's and xrp obviously was cited in there on page 17, which i have shared many many times On this show, so it'll, be exciting to see what that yields.

Also, i'm very excited to hear catherine coley and danelle dixon are going to be there and i'm. Tell you something if you haven't had a chance to hear these two. Ladies speak: oh my you were in for a treat.

So let's. See bank of international settlements has outlined plans to embark on a variety of cbdc trials worldwide this year there's, more news from the bis right look. The the cbdc launch is imminent.

It is imminent and something's going to have to settle all of that in the digital realm, and that gets very exciting. For me, here is more evidence of what we're talking about here and that it is a collective move forward on an international coordinated effort.

Listen to the global effort to move to this new financial system. Here japan considers xrp to be a cryptocurrency, not a security and has decided to rally behind xrp the sec lawsuit against ripple isn't impacting xrp status in japan, where it has a solid fan base and the backing of financial services giant s b.

I yoshitaka katao this to me and the news in china that they constantly continue to push forward to get ready to launch their cbdc in china, plus the support we know we've had with yoshitaka qatar from damn near day.

One this to me is the real incentive pressure that says that lawsuit with the sec will get resolved because the rest of the world is chomping at the bit to be able to begin using xrp, because if they know what the full-scale benefits and the full-scale intended Use of this asset is, and they they're, not going to turn away.

So here we are right here, and this is from digital asset investor right here. He reminds us that gene sperling, who is obviously served as national economic council director to two different administrations previously uh and also worked with secretary geithner and was also a campaign economic adviser to hillary clinton's.

Campaign has also endorsed gary gensler to the sec, so that is a huge endorsement right there i mean look at what is happening this morning. Look at the news that we're reading. Here things are happening quickly and speaking of quickly.

It looks like the former ripple board member michael barr will lead the u.s comptroller of currency, replacing brian brooks you can't make this up. I tell ya, are we hearing this? Is this? On? I mean this is incredible news here's, some more incredible news: georgetown university academic law, professor dr chris brummer, has emerged as the leading candidate to be chairman of the cftc [ Music ].

Let me tell you, not only is dr chris brummer, a close friend of ripple and xrp. He's, a close friend to the crypto space. He has been one of those leading thought leaders that has helped to craft the questions that need to be asked by testifying before the cftc for the cftc, by testifying in front of congress about what questions need to be asked.

As we begin to look at rolling out cryptocurrency as a legitimate asset in a marketplace - and he has been very key in that as a thought leader - and i think dr brummer will be an amazing leader at the cftc, and i hope that it becomes a full-on Uh nomination - and i hope to see that happen so shout out to dr chris brummer and here's.

Some other really quick news for you. While we're right here, dr chris brummer is also in kryptonairs. I sat down and interviewed with him for kryptonairs and it was powerful the things that he shared when we uh sat down together and i can't wait for you to see them and guess what not too long from now.

You will be able to see it because dustin plant hold myself and mike jansen has some incredible news that we're, going to share with you in just a few more days, so hang in there kryptonairs is coming in a very big way to You, and here we go, let's, keep it going here.

Biden's, plan for payday loans and crypto take shape well. This is interesting because when look, we're talking about crypto and payday loans, and this is really incredible and eliminating payday loan places where they & # 39.

Re charging check cash in places just killing you for uh, five, eight, sometimes ten percent, the cash look, listen to this biden's, plans for payday loans and crypto take shape, and i just want to highlight this.

Instead of reading the whole article binds nomination, rohit chopra to head the consumer financial protection bureau. Really you mean this bureau the same one that cites ripple last july 21st that would be offered such as payments messaging platforms, support cross-border money transfers, as well as proprietary virtual currency xrp, which can be used to affect settlement of those transfers.

That's right. They call it virtual currency at a consumer financial protection bureau same as they do at fincen. Well, we'll, see how that shakes out. But one thing i want to point out here - and this is very big to understand.

As for the next step, this comes from bbva, if allowed by regulations and key players continue uh to invest in this technology. We might start offering tokenized products such as bonds or stocks to our customers in the coming years, tokenized products.

This is where we're going this isn't going backwards, everything will be tokenized and when she says bonds or stocks, you better believe bonds will be tokenized. I could sit here and make a great argument how xrp could actually be looked at as a bearer bond instead of just a currency, and it could function as a currency even with a bearer bond security status, but guess what else it could do.

We got a lot more videos coming out today, so make sure you keep an eye out for that hit the like and subscribe leave a comment below make sure you share with somebody. You know this is getting good and it's.

Getting good, quick check out all the links in the description box and the comment section. They are trusted products and services that i use each and every day and, more importantly, they are vetted links.

So you know you can click on them and go to the right place. I will catch all of you on the next one. 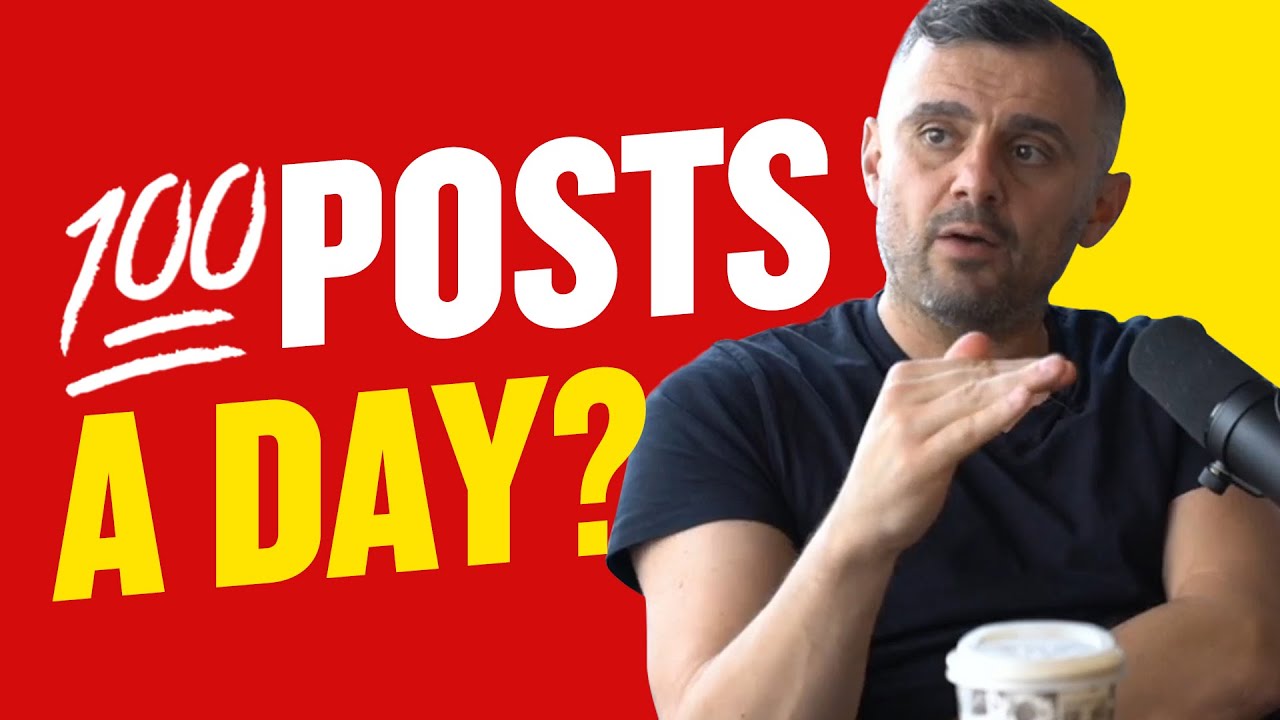 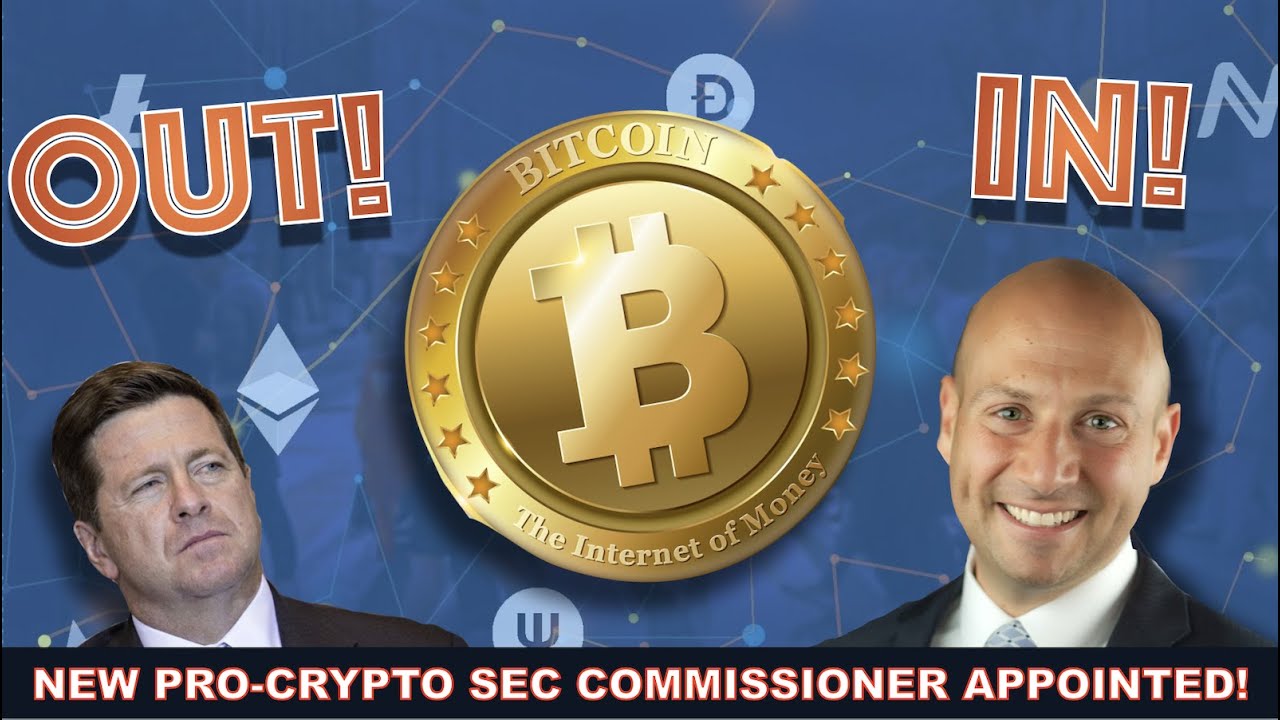 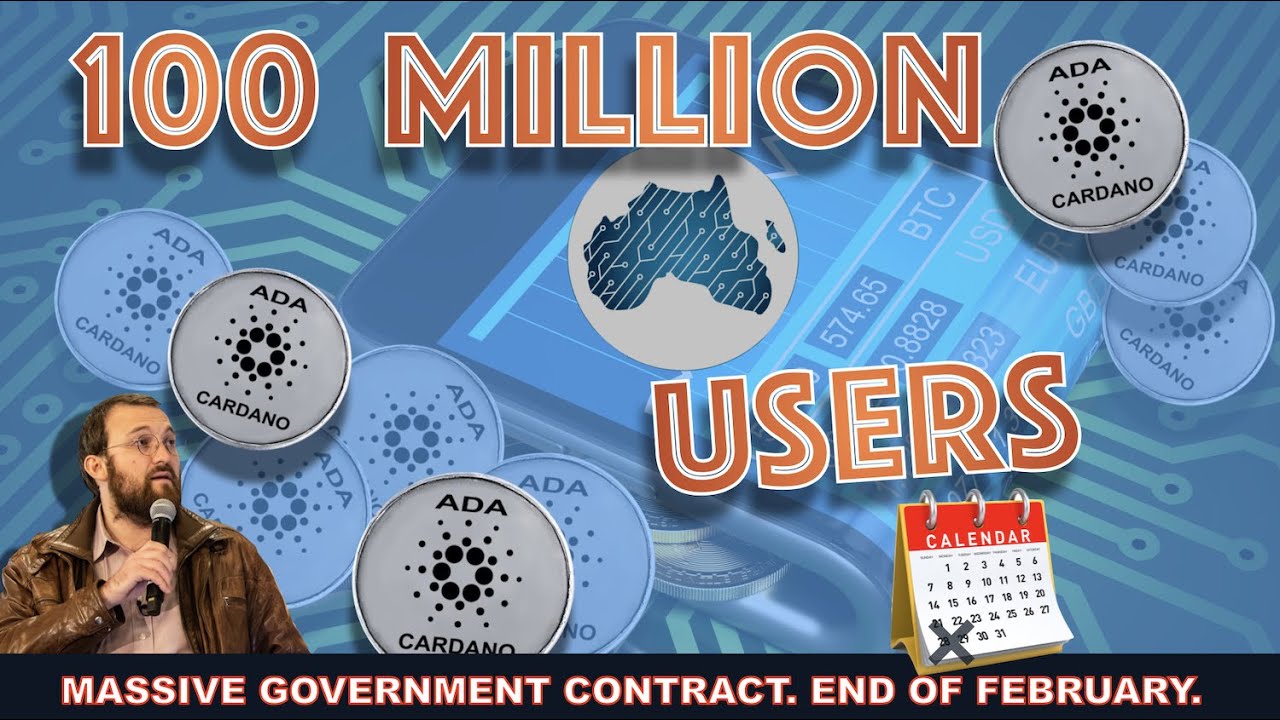 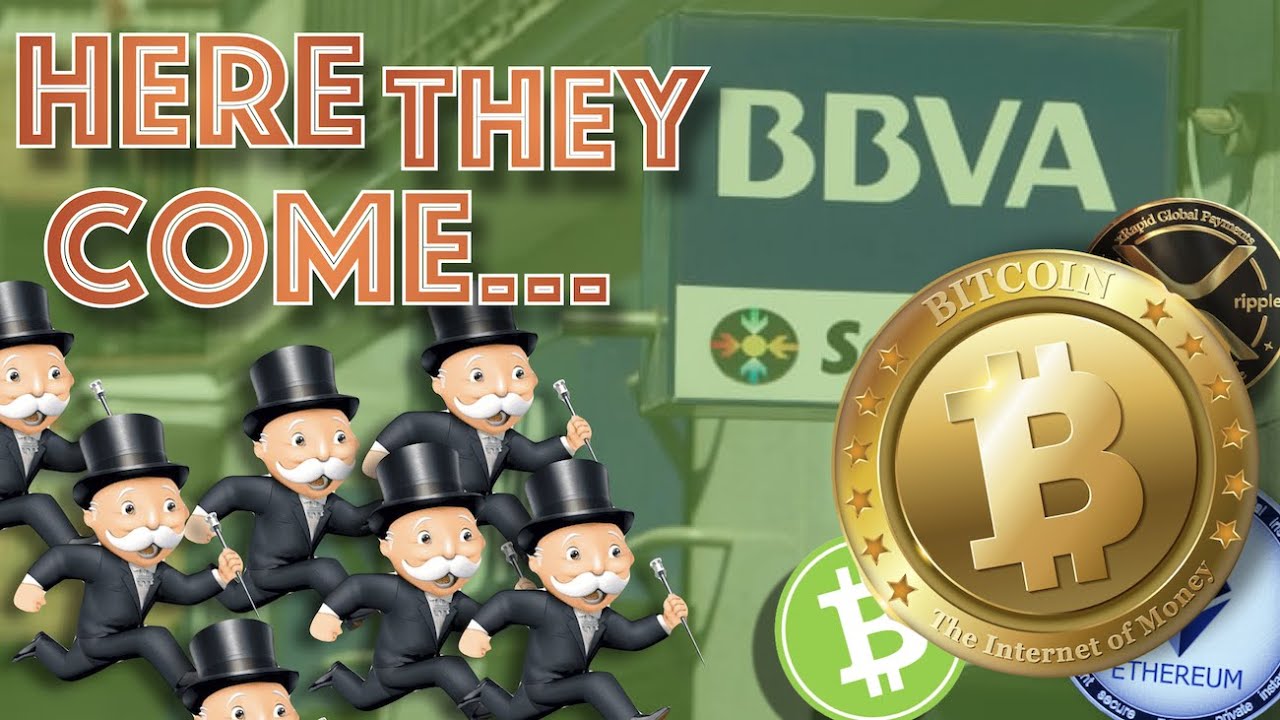 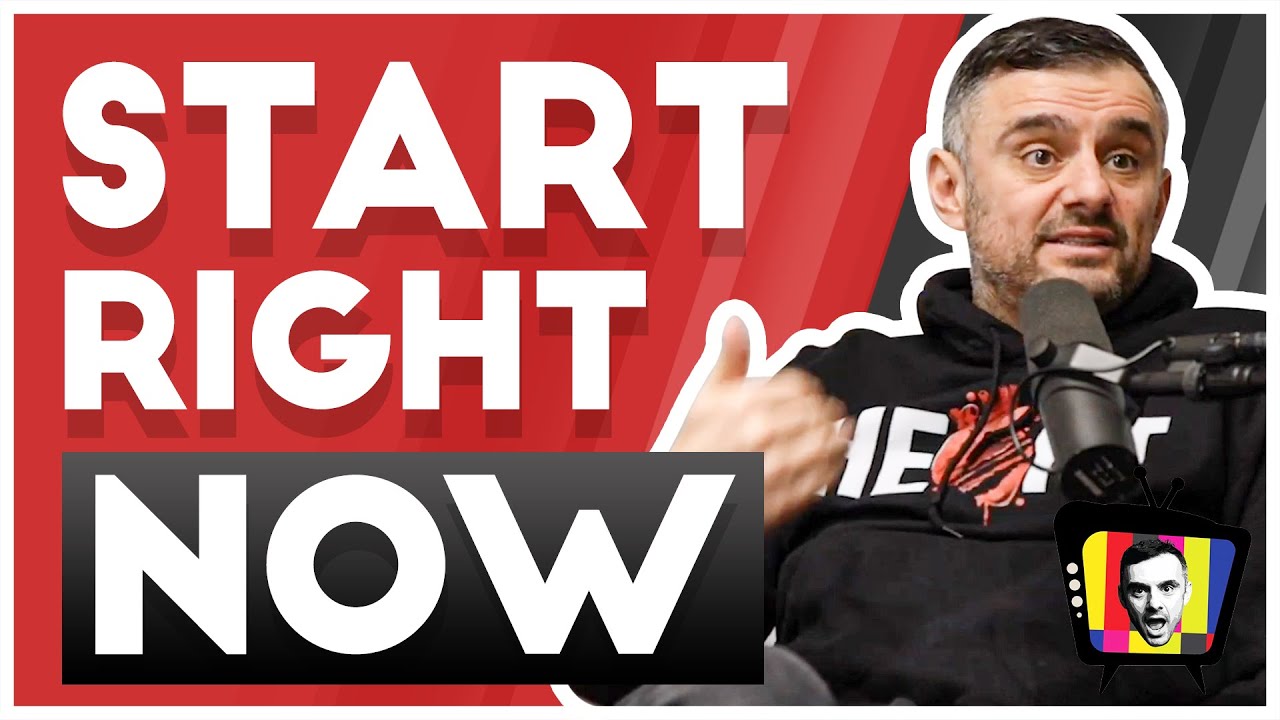